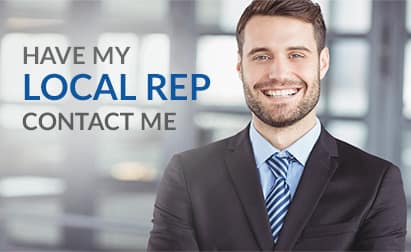 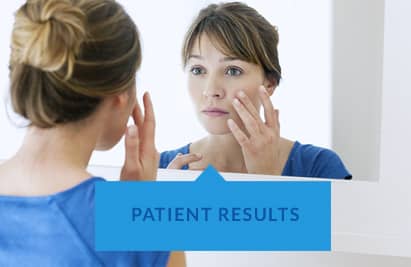 The Sciton BBL Hero is a revolutionary broad band light therapy device that allows faster, more effective treatments of affected areas whilst showing noticeable results after a single visit. This next generation technology is able to treat a multitude of skin conditions such as sun damage, the effects of ageing, unsightly spots and much more. As a result, the BBL Hero has become a highly regarded alternative to surgical procedures, cosmetic injectables and chemical peels and other similar treatments.

The secret is in the system. By providing optimal cooling that is two times more efficient, BBL Hero treatment is far less invasive – in this case less is more. It’s ability to deliver four times the speed at three times the peak power sets it apart from other broadband light treatments. The result is easy to see when you look at BBL Hero before and after photos. In addition, patients experience less discomfort while achieving the desired results with fewer visits to the clinic. This allows for practitioners to see more patients in shorter windows, therefore increasing overall treatments and leaving their patients glowing on their way out the door.

Many of the skin issues that patients seek treatment for are related to their active lifestyle as Australians. Lots of time outdoors in the sun and spending time in the ocean’s salty water has its setbacks and so repeat treatment is common. Since BBL Hero treatment is so effective in short duration with little to no downtime for the patient, it has become a wildly popular option compared to treatments such as chemical peels. In fact, treatments with BBL Hero are so efficient that they can cover large areas such as the back or chest in as little as five minutes!

Getting older isn’t something that many people think about while they are living their life. The elasticity of a person’s skin fades over time leading to noticeable differences in their appearance. The effects of the sun and the harsh Australian climate on the epidermis aren’t often noticed overnight, but they add up. This is where the BBL Hero laser treatment comes in – to gently and effectively address damage such as sun spots, pigmentation, freckles and even sagging skin. With the BBL Hero, Sciton has engineered a revolutionary approach to stimulating the body’s own ability to produce collagen. By helping the body to create more collagen the effects of ageing, sagging, pigmentation and age spots can be reduced with a single treatment. Promoting collagen production helps to fill out wrinkles as well as rejuvenate the skin’s appearance, essentially turning back the clock with the BBL Hero laser treatment.

With the BBL Hero, cost of treatment is greatly reduced due to the efficacy of its breakthrough technology. Patients see better results with less pain, in less time – making this the preferred treatment for those living an active life. Say goodbye to painful chemical peels, injectables and surgeries with the Sciton BBL Hero! For more information about Sciton’s innovative approach to wellbeing, feel free to browse our website and explore the other amazing technological advancements we have created in the industry.

Where can I find a BBL Hero near me?

Depending on where you are in the world, a simple search for BBL Hero near me should suffice. You can also check directly with the manufacturer Sciton for recommended BBL Hero practitioners in your area. The BBL Hero is a widely used technology among practitioners world wide because of its extraordinary efficacy in treating the effects of ageing, sun damage, pigmentation and other skin problems. Practitioners have increasingly adopted the BBL Hero system as well as other Sciton devices because of the minimally invasive nature of the technology coupled with its impressive results.

The Sciton BBL Hero has proven to be effective in the tightening of skin in targeted areas. The technology used in the BBL Hero helps to ignite the body’s natural ability to produce collagen with IPL or Intense Pulsed Light. As opposed to other procedures such as surgery, injectables or chemical peels, the Hero BBL system produces noticeable results with little down time and discomfort for the patient. Because of the gentle nature of the device, with exceptional speed, power and cooling ability the treatments have become increasingly popular as compared to it’s predecessors.

What is a BBL Hero?

The BBL Hero is a revolutionary device used to reduce the signs of ageing, pigmentation, freckles, sun spots and many other unsightly skin issues. It works by the implementation of IPL or Intense Pulse Light across targeted areas that are much larger than other laser treatments. Among the many BBL Hero benefits, the practitioner is able to work on large areas such as the back or chest and achieve desirable results in as little as five minutes. Patients have noted that BBL Hero face treatments are comfortable with little to no downtime while also achieving the desired results.

What is the difference between BBL and BBL Hero?

Broadband Light or BBL therapy refers to the use of light to reduce the signs of sun damage, ageing, lax skin and other issues. The Sciton BBL Hero hero is the next step in the evolution of this technology and offers 4x the speed, 3x the power and 2x the cooling capacity, making it extremely effective across large areas in a short period of time. Treatment with BBL Hero is minimally invasive and patients will be able to return to their normal life immediately following the session. This revolutionary approach has shown to achieve desirable results in as little as one treatment.